In Unity you will find yourself wanting to do some process before you build a game, whether it be Asset Bundles, moving platform specific assets to Streaming Assets or just ensuring the build version information is up to date.

The generally advised way is to create your own build script and call BuildPipeline.BuildPlayer yourself. This is easy to do, here is a cut down snippet of the default Wwise example script.

The script copies the platform specific sound banks to the streaming assets folder then calls BuildPipeline.BuildPlayer . This keeps build sizes down, and ensures the correct sound banks are used for each platform.

Of course, this is perfect if you want to restrict the build process to specific settings, but if you just want the build settings to work for everyone through the normal build menu this is overkill and a pain to maintain.

This class will have its respective functions called before and after building, this means it will add the platform specific sound banks to streaming assets, and after the build completes it will delete them from streaming assets. All Unity build settings will be honoured no need for extra options. It also runs from the standard Build Settings menu; Build and Build & Run will work like normal but have the correct assets in the streaming assets folder. This has the added benefit that anyone on your project can just hit Build & Run and it will work, no hidden menu, no constantly updating and modifying the build script for different settings.

Sadly, this is not perfect for every project but for some things it is preferable to writing an entire custom build script.

Interestingly LittleLot.CommonGitCommands.UpdateBundleVersion(); is one of my utility functions that ensures that the bundle version Unity uses is matched to a specific commit, this is useful for knowing exactly when an issue started to appear, but this would be useless if our builds didn’t automatically update it. 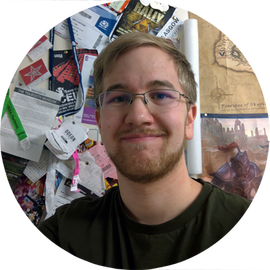